Welcome to the Website of the Mounts Bay Angling Society

The Mounts Bay Angling Society is based in Penzance, Cornwall and was formed in 1946. Meetings are held on the second Tuesday of each month at The Bath Inn, Cornwall Terrace, Penzance (just off the promenade) at 7.30p.m.

We were one of the founding members of the Cornish Federation of Sea Anglers (CFSA) along with Camborne AA, Falmouth and Penryn AA and Newquay AA. Since becoming a catch and release club we are no longer members of the CFSA.

The club has a membership of well over 100 with a thriving junior section. They have their own pages on this site.

​We also operate a catch and release system to eliminate the killing of largely inedible fish and for conservation of all species. This allows self weighing of fish on the rocks/beach/pier/boat and is based on trust. All you need are accurate scales, club measuring tape and camera. Just bring a photo to competition weigh ins or send to website for day to day fishing. Club measuring tapes are available from the tackle shops.

The club has numerous trophies to be won and runs many competitions from boat and shore each year. We also have a
2 week Annual Festival starting in mid/late August with a nightly weigh in at The Bath Inn.
​The Annual Sid Pender Festival has now been running for over 60 years. 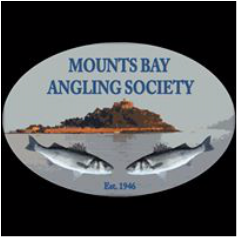